The House Should Own Up To Their Own Shenanigans

The Republicans in the House unequivocally are to blame for this shutdown. In the waning hours of the fiscal year, they literally changed the rules of procedure in the House to prevent a vote on a clean bill to fund the government. Read that again… THEY CHANGED THE RULES ON 9/30. If you disagree, before you jump down my throat, please read to the end, follow the links and watch the video.

Two factors combined to lead to this post. First, I am a politics geek; I did parliamentary procedure during debate in H.S., I read bills, follow debates on C-Span, listen during the Utah legislative session. I usually can’t get enough. Second, because of the shutdown, I have a lot of time on my hands.

The normal way things work in the House is like this. The House send the Senate a bill, or resolution. If the Senate can pass it, or amend it and send it back. There is a back and forth where if the Senate sends the bill back to the House with amendments, it works it’s way through the house and can be amended again. The amended bill is sent back to the Senate, and if it fails to pass the Senate as amended, any member of the House can then raise a question of “privilege” and bring the original, un-amended Senate bill to the floor for a vote.

What we all keep hearing about on the news, the “Clean CR” is the un-amended Senate version of House J.R. 59 - the bill to fund the government. In the last days of September the the Senate passed a version of House J.R. 59 without the clauses to defund the ACA and sent it to the House. The House added the clauses back, and sent it back Senate. It failed there, and the government shut down.

Over the next several days I listened to C-SPAN as House member after member tried to bring the “Clean-CR” to the floor, each time being ruled out of order. It made no sense to me. Finally, over the past few days, news of the rule change trickled out, not over mainstream news outlets, but over sites like Reddit.

Here is what happened. On 9/30, the House Rules Committee (which includes Utah’s own Rep. Bishop) passed a resolution to change the rules. That resolution is here.

In case you aren’t practiced in reading legalese, it says that rather than any member being able to raise a point of privilege to get the Senate bill considered, only the House Majority Leader, or his designee can do so. The original rule is on page 36 of the House Rules here. It’s clause 4 of rule 22.

Don’t believe me? Here is the debate chaired by Jason Chaffetz the House floor, with him responding to questions about the rule change: 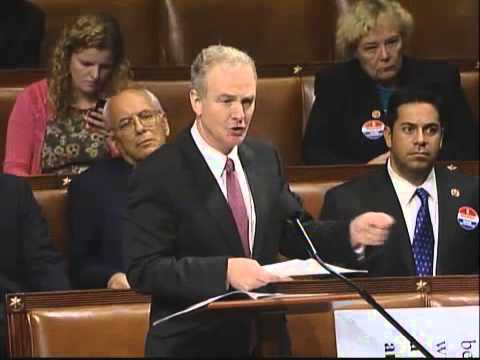 Clearly, the House can changes it’s rules to whatever they want, whenever they want. But to do so in this circumstance means they intentionally obstructed the normal order of legislation, and they should own that.

I welcome contrasting points of view from responsible individuals, even though the FCC in 1987 overturned the Fairness Doctrine. However, comments are moderated because of the amount of spam I was seeing. Add your comment and I will approve it after I get notified.